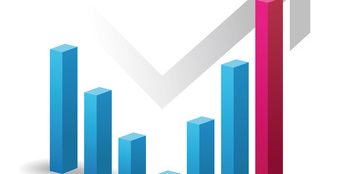 Having taken a look at whether property values still double every 10 years in the UK, it’s now time to think about some of the drivers that actually affect property prices.

Let’s first consider the increasing population. I’m not sure what’s going to happen with Brexit, but to all intents and purposes, we’re looking at a rise from 65 – 70 million over the next 10 years or so.

Is this increase in population going to push up property prices? Many say that it will, but I think this is a very simplistic view and that much will depend on how we decide to live. Whilst this is a generalisation, five generations ago or so, whole family groups would often live in one property. However, in recent years there’s been a desire to spread out, which is why we have flats and studios to accommodate single individuals, couples or small families rather than large family units all under one roof. As such, I doubt that an increase in population alone is likely to be the driver.

What’s more, even if you had 15 people all living in a house together and who wanted to spread out, this might not be feasible financially. So, property prices could only be driven if families such as these could actually afford to own their own properties.

But if you take a look at what’s been happening since the credit crunch, then you’ll see that salaries and wage growth are lagging behind inflation – and these are two other potential drivers of property values.

Without going into the technicalities too much, here’s why.

Unless it’s a buy to let, you rarely (if ever) see a property valuer valuing a property for mortgage purposes, thinking about what the rental amount is going to be. If it’s a normal residential property, the valuer is simply going to do a comparison with other properties which were sold nearby to help them come up with their figure. But within the valuation itself, even if it’s not a conscious implication, there is an account taken of the rental market and what rents are doing in this country.

Let’s think about why.

Investors who are buying properties are going to say to themselves, well, if the rents have doubled, I can actually afford to pay more in order to acquire that income stream. And renters – especially those who are wondering if they should buy or continue to rent, might feel incentivised to get themselves onto the property ladder to get away from the rents which have doubled.

Rents could well be a good indicator of where the UK property market is heading, so let’s consider what’s happening to rents at the moment.

Having taken a look at the HomeLet Rental Index, I can share with you the following:

In December 2017, the average rents across the UK rose by 1.7%. Whilst you may be thinking this figure is no great shakes, you have to consider that this is a rise in just one month. So, at nearly 2% a month, this is actually quite good and is probably going to push property values up.

Again, this is an average across the whole of the UK, so let’s take a look at individual regions.

As an example, year-on-year from December 2016 to December 2017, rents in the East Midlands rose by 4.6%. Not bad at all. In the South West, rents went up over the same yearly period by 3.3% and in the North East by 3.2%. Northern Ireland, which has been in the doldrums in terms of property values, also experienced a 3.2% increase, and the North West a 2.4% increase. The rest of the UK was averaging around the 2% mark with the exception of greater London at 1% and the South East at (minus) – 1%.

In my opinion, if we’re trying to work out what’s going to happen in the property market as a whole in the UK over the next 12 months, then maybe looking at rental values will give us a clue.

By the way, I’ve rewritten and updated my best-selling e-book, The Successful Property Investor’s Strategy Workshop, which is an account of how I put together my multi-property portfolio, starting from scratch and with no money of my own, and how you can do the same. For more details please go to: www.ThePropertyTeacher.co.uk/the-successful-property-investors-strategy-workshop.