Is now the time to buy up north? is capital growth on the way?

UK property trends for buy to let and property investors 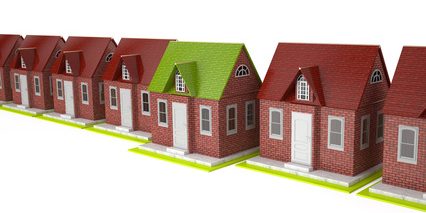 According to the ONS (Office for National Statistics) the house price ‘north-south’ divide has narrowed.

Property prices in the north west of England have pushed on strongly, whilst prices in London (and parts of the South East) have stalled and, in patches, have even fallen back a bit.

So, as a consequence, the house price gap has narrowed.

This doesn’t surprise me.

There’s two ways we can look at this.

We can either say London prices are too high (or, put another way, London property is too expensive)

One or both of these statements might be correct or incorrect, but the disparity is obvious.

Now, of course, we could argue that what happened in the past is irrelevant but looking at history and historic trends can be helpful.

Assuming that current figures aren’t evidence of a long term structural change in the property market it would be reasonable to assume the gap between north and south will close, and get back towards the 1.58 differential.

This could be by London prices falling, or increasing less quickly.

Or by northern prices increasing, or increasing faster (than in London).

Or a combination of the two, which is what we are seeing.

Even factoring in some reduction of London prices history suggests prices in the north have some way to increase to bring the gap back to the norm.

As there are northern cities where property values are STILL below 2007 peak prices, it isn’t too much of a stretch to imagine prices will keep increasing in the north even if London (and the south) slows down (or falls).

So my guess (not scientific and based on gut feeling) is that prices in the north still have a way to go, especially in the north east which are the last area to show signs of recovery – by the way, as the Ripple Effect suggests that this will be the case it is possibly evidence that the Ripple is a real thing, and not a hypothetical generalisation.

So, if you are still wondering where to buy (or buy next), perhaps you could do worse than consider the north.

Compared to London, there is the real possibility that a good dose of capital growth is still due.