If the UK Population Exceeds 70m Will That Drive Property Prices? 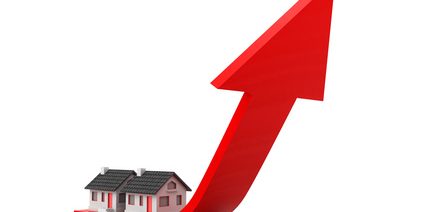 When thinking about property prices and whether they’ll go up or down, we often think of, and quote, that economic fundamental of supply and demand.
Sounds reasonable, doesn’t it?
A growing population suggests and implies growing demand. If supply stays still, or grows at a lesser rate than demand, then surely property prices have to increase?
Similarly, a rapid expansion of the population implies a rapid increase in property prices.
But is it really that simple?
And does it matter?
Yes, probably. It was reported this week that the population of the UK will be 70m by mid 2029.
That’s a 4.4 m increase since 2016.
And, despite Brexit, 54% of the increase will still be migration (the rest is births exceeding deaths).
What does this mean for property prices?
If property prices were driven only by supply and demand, then inevitably they will rise, unless there is a new Government led initiative to greatly increase supply (through new house building).
Of course, it depends on how one defines demand. It’s natural to assume that more people will want more properties to live in. But unless that desire is backed by available finance to help them buy, those desires will remain wishful thinking and won’t translate into more property buyers. So there might be increased desire, but not increased demand.
Unless they rent. If there are no extra rental properties provided, then one can assume rents will increase. As there is a strong correlation between rents and values, that implies an increase in values.
Another complication is that the extra 4.4m people may have inconvenient wishes when it comes to deciding where to live.
I am strongly of the opinion that the ‘housing crisis’ is largely a London and south east crisis – the further north you go, the more room there is, the more available properties there are, the more land is available for development.
.
Unfortunately, people aren’t choosing to locate there in numbers large enough to spread the burden around enough.
Probably because the received wisdom is that all the jobs are in London.
So what if the extra 4.4 m people want to live in London and the south east, but can’t raise the finance to buy? Prices are already too high for many first time buyers. If even more try to live there, surely they’ll push prices even further out of reach. And, ironically, the availability of easy and cheap finance would make this problem worse.
Will increasing rental demand push prices more or less than demand for owner occupation if first time buyer mortgages were more widely available?
What if the Green Belt is protected, as many believe it should be, meaning development land is restricted in the place where it is needed most?
The point I’m trying to make is this is a very complex issue.
An increasing population may not have the impact we imagine unless they can access finance, to buy their properties.
Or unless they can access monies for rent.
And who knows what will happen to supply if there aren’t radical reforms to the planning system.
Can we find a way of spreading out more and relocating north? That would help a lot.
In 2029 we’ll know what the impact on property prices will be but until then, anything could happen.
But common sense suggests that surely an extra 4.4 m people is one more pressure to push prices higher.
Share this post
Share on FacebookShare on Facebook TweetShare on Twitter Pin itShare on Pinterest Share on LinkedInShare on LinkedIn