Plunge in London Prices Bottoms Out, and Birmingham is a New HOTSPOT! 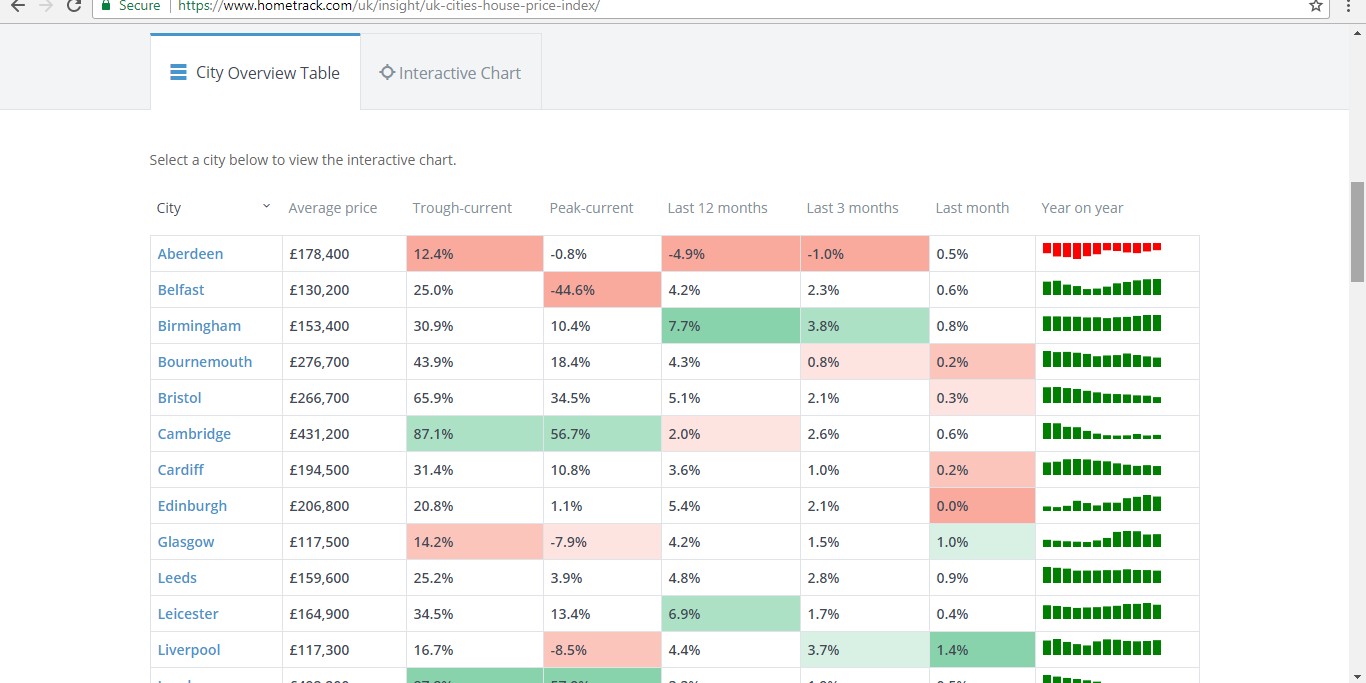 Ok, there’s a bit of artistic licence there but the Hometrack UK Cities House Price Index for July 2017 has just come out.
As I’ve said before, if you want to know what’s really happening in the UK market, and not rely on general stats and indices, this is the one to watch.

Hometrack are the real deal – their desk-top valuation algorithm is used by 80% of lenders (note that the number of lenders who use it, not the number of valuations they use it for) so they need to be pretty good at collecting the data.

One thing that strikes me when looking at the figures for individual cities is how pronounced the north/south divide is still. Quite a few northern cities are still below the 2007 peak, including Newcastle where I have quite a few properties, but by comparison Newcastle is doing quite well at just minus 4%!