Is The Property Market in Free Fall? 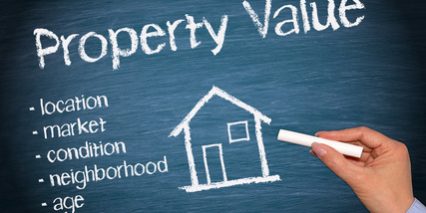 We’ve seen some dramatic headlines this week generated by the latest Rics (Royal Institution of Chartered Surveyors) UK Residential Market Survey (Oct 2017 – published 9th November 2017) which suggests that “falling property values are widespread”.
Is that true, and is that what the report actually says?
Well, actually, it doesn’t. But it does say that falling demand is widespread.
It also says (comments by surveyors) that there’s a shortage of stock to sell (my interpretation – this is preventing a free fall in prices and will continue to push prices up in many areas).
In terms of prices it says that 4 regions are experiencing falls OR stagnation: London, Southeast, East Anglia and North East.
Prices continue to grow in the North West, Scotland, Wales and Northern Ireland.
Over the next 12 months Surveyors expect prices to increase in 10 out of 12 regions – the two regions where prices are expected to fall or stagnate are London and the South East.
So not quite as dramatic as the headlines suggest.
What we do need to note is that this survey is a compilation of the ‘perception”’ of surveyors. This is what surveyors think is happening.
They are in an interesting position because, even if their perception was “wrong”, however that is defined, because of their key role in the housing market (doing valuations etc) it is logical to assume that the market will follow what they think eventually. If valuers think prices are falling and start down valuing properties, guess what? The market will be held back as more sales fall through, and eventually prices will drop.
Similarly, if surveyors think prices are increasing and so are a little more optimistic with their valuations, guess what? The market will push on and prices will rise.
Should it be this way? Probably not. I’ve long argued that surveyors should report the market and not make the market, but I guess it’s a bit of grey area.
But the way it is is the way it is, so it’s worth keeping an eye on what they are thinking.
To download the full report please click here
Share this post
Share on FacebookShare on Facebook TweetShare on Twitter Pin itShare on Pinterest Share on LinkedInShare on LinkedIn